Bijoy Chowdhury graduated from the Government College of Art and Craft, Calcutta, 1987 – now working as a visual communicator and photographer. He has been honored twice with the Commonwealth Photography Award and has received the National Geographic Traveler Photo Award. International photography magazine PRIVATE published his portfolio twice. His work has been exhibited and acclaimed in India, London, Amsterdam, Sweden, China and Japan. Govt. of India honored him with the National Senior Fellowship in Photography. Now he continues to work on several long-term photo-projects of socio-economic interest. 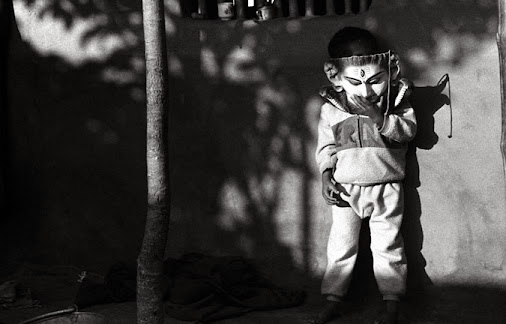 Bohurupee literally means to imitate different kind of forms that make a man of special character. It’s a rural art that has been prevalent for almost 200 years. 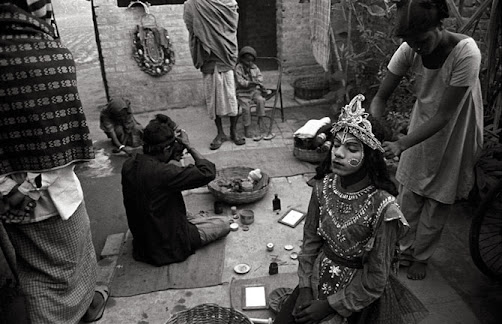 in the process of dressing up as God Krishna 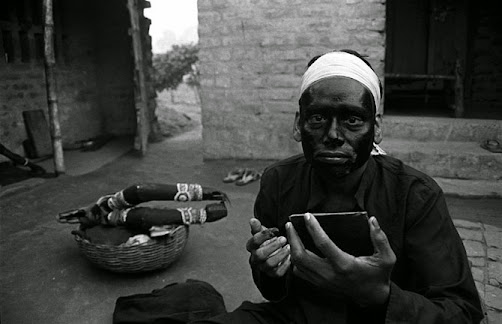 in the process of dressing up as Goddess Kali 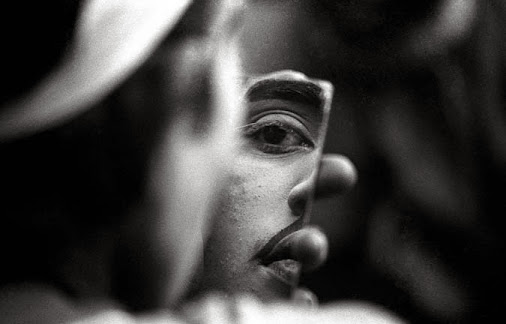 in the broken mirror

In an era of glamour and grandeur, this oldest form of art is still breathing at the hands of some doyens engaged in this profession. 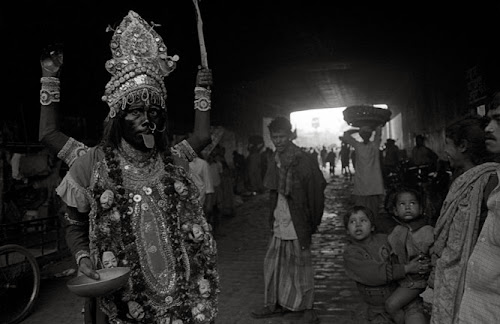 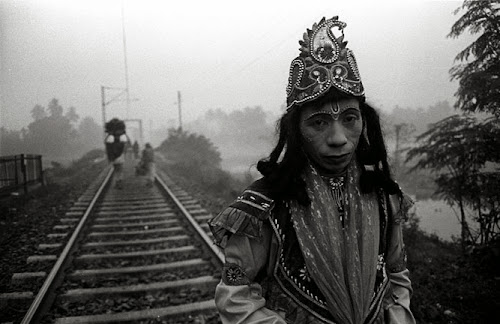 Krishna on the railway track

Mainly this kind of art is found in the Birbhum and Hooghly district respectively in the State of West Bengal, India. 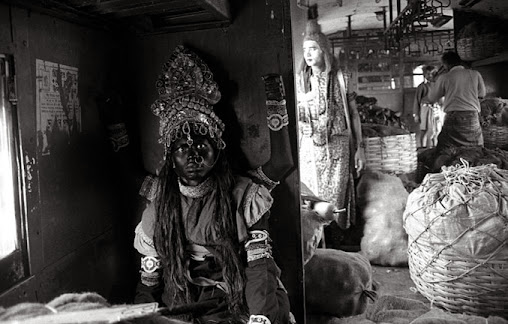 Kali and Shiva in a vegetable shop

In an age of extreme globalization of all aspects of our life, old and heritage valued art and entertainment are on the brink of extinction. 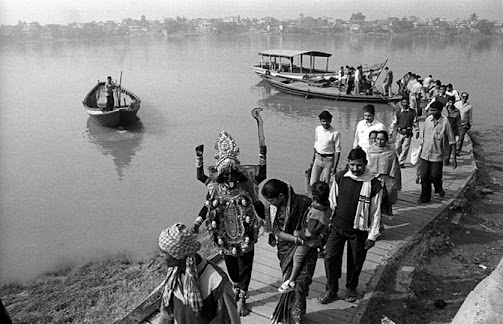 Kali, on a boat trip between villages

Bohurupee or imitation is one such folk art that is deprived of any financial assistance from the Government of both Central and State level. 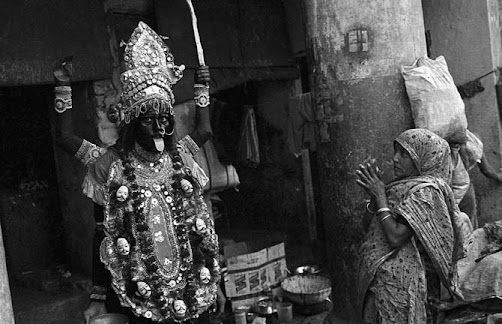 In the present days of high-profile entertainment, this kind of art-cum-recreation has almost reached to its nadir due to our indifference. 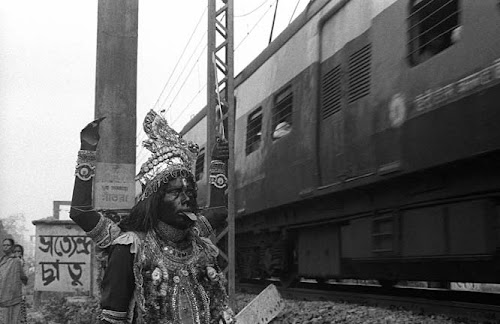 The train passes by

It would be a fitting tribute to our rural people if this traditional age-old art gets the sympathy and attention of our conscience before it get lost forever.